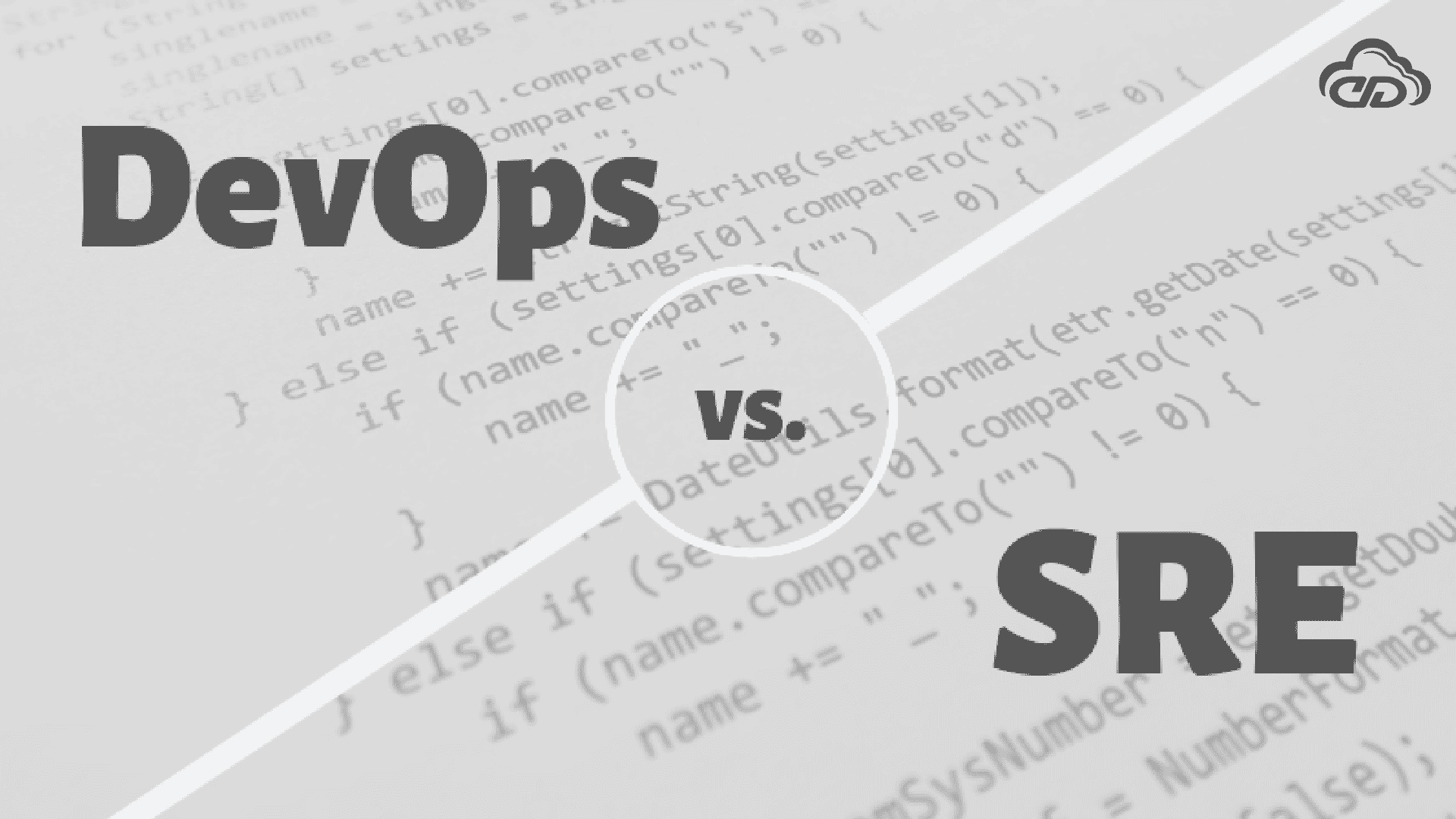 DevOps vs SRE: What is The Difference? | Simple Guide

When it comes to IT operations, there are two schools of thought: DevOps vs SRE. Both approaches aim to improve efficiency and optimize performance, but they take different paths to get there.

So, what’s the difference between DevOps and SRE? Let’s take a closer look.

As the engineering field has evolved, so too has the role of the software engineer. In recent years, the rise of DevOps and agile methodologies has led to the emergence of a new hybrid role known as SRE.

SRE, Site Reliability Engineering, is a term that gets thrown around a lot these days, but what exactly does it mean? Basically, SRE is a methodology for managing software systems in a way that reduces or eliminates downtime and service outages. The key elements of SRE are automation, monitoring, and incident response.

In order to achieve these goals, SRE teams typically use a combination of technical and organizational strategies. On the technical side, SREs focus on building scalable and resilient systems through automation and intelligent monitoring. They also work to identify and fix systemic problems before they cause outages. On the organizational side, SREs work to foster a culture of blamelessness and continuous learning so that incidents can be quickly identified and resolved.

SRE is still a relatively new field, but it has already made a big impact on the way that software is developed and operated. For companies that are looking to improve their uptime and reduce downtime, SRE is definitely worth considering.

Advantages and disadvantages of SRE

SRE combines the skills of a traditional developer with those of a systems administrator, resulting in a role that is uniquely suited to tackling the challenges of modern software development.

While there are many advantages to this approach, it is not without its drawbacks. One potential downside is that SREs can become overwhelmed by the sheer scope of their responsibilities. Another concern is that, because they are often drawn from the ranks of senior developers, SREs can be less flexible and more resistant to change than their counterparts in other roles.

Overall, though, the advantages of SRE outweigh its disadvantages, making it an increasingly popular choice for organizations looking to streamline their software development process.

SRE in the real world

In the real world, SRE is all about keeping the lights on. It’s making sure that critical systems are up and running and that users can access them when they need to. It’s ensuring that systems are robust and scalable, so that they can handle increasing traffic without breaking down. And it’s being prepared for emergencies, so that when problems do occur, they can be quickly resolved.

In short, SRE is about ensuring that systems are reliable and available, so that users can depend on them. That’s why SRE is such an important part of any organization’s operations. Without SRE, businesses would be constantly at risk of downtime and outages, which could have a serious impact on their bottom line. So if you’re looking to ensure that your systems are always up and running, you need to make sure you have a strong SRE team in place.

Google was one of the first adopters of SRE, and they continue to be a leader in the field. Other companies that have followed their lead and adopted SRE include Netflix, Etsy, and Facebook.

For example; Netflix streaming video depends on software that is constantly running in order to provide a seamless experience for users. In order to prevent outages, Netflix uses multiple layers of redundancy in their architecture. They also perform regular tests called “chaos experiments” in which they purposely break parts of their system in order to test their ability to recover quickly. These measures have helped Netflix achieve an impressive 99.99% uptime, ensuring that users can always watch their favorite shows.

Let’s take a look at how SRE is being used in the healthcare industry.

Healthcare is a critical sector where downtime can have serious consequences. Hospitals and other healthcare organizations are starting to adopt SRE in order to improve their uptime and reduce the chances of outages. One hospital that is using SRE is Intermountain Healthcare in Utah. Intermountain has implemented a number of SRE strategies, such as automated deployments and self-healing systems. As a result, the hospital has been able to achieve an impressive 99.99% uptime for its services.

SRE is still a relatively new field, but it has already made a big impact on the way that software is developed and operated. For companies that are looking to improve their uptime and reduce downtime, SRE is definitely worth considering.

DevOps is short for development and operations. It’s a software engineering culture and practice that stresses communication, collaboration, integration, and automation between software developers and other IT professionals. In other words, it’s awesome.

DevOps is all about collaboration. It’s a set of best practices that brings development and operations teams together to deliver software in a more efficient way. By automating key processes and creating a culture of communication and cooperation, DevOps can help organizations improve their quality assurance, shorten their development cycles, and speed up their time to market.

Advantages and disadvantages of DevOps

Advantages – The goal of DevOps is to shorten the development cycle, increase business agility, and improve software quality. By automating and monitoring the entire software delivery process, DevOps can help organizations to ship features faster and more reliably.

Disadvantages – there are also some potential disadvantages to using DevOps. One downside is that it can be difficult to implement DevOps in large organizations due to silos between departments. In addition, DevOps requires both technical and cultural changes that can be challenging for some organizations to adopt.

While there are some challenges associated with DevOps, its benefits can make it a powerful tool for developing and delivering software.

DevOps in the real world

Businesses using DevOps in the real world are reaping the benefits of increased efficiency and productivity.

There are plenty of businesses using DevOps in the real world, across a wide range of industries.

For example, Airbnb uses DevOps to manage its massive inventory of accommodations. And Facebook uses DevOps to keep its billions of users connected. As businesses continue to adopt DevOps, we can expect to see even more impressive results.

DevOps is all about automating the software delivery process. This means Developing code in short cycles and deploying it frequently. The goal is to make the process as streamlined and efficient as possible.

On the other hand, SRE focuses on reliability. The goal is to ensure that systems are always available and working properly. To do this, SRE teams use data to constantly monitor and improve system performance.

The bottom line is that both DevOps vs SRE bring benefits to the table. However, when it comes to deciding which one is right for your organization, there is no clear-cut answer. The best approach is to evaluate your specific needs and objectives, and then make a decision based on what will work best for you.

With that said, If you’re looking to improve efficiency and speed up the software delivery process, DevOps is about making the software delivery process more agile and efficient. And that’s why it’s the future of software development. If you’re more concerned with reliability and uptime, SRE is the way to go. Whichever route you choose, just make sure you have a clear plan and objectives in mind. Otherwise, you may end up going in circles without making any real progress.

GitLab pipelines are a powerful way to automate your projects development and deployment. With GitLab…

In the world of DevOps and software development, there are a lot of buzzwords floating…

Kubernetes API Easy Walkthrough | What is it and How to use it?

As a DevOps Engineer, you're likely well-versed in using Kubernetes. But did you know that…

We are here to help you increase the frequency and reliability of your software releases. We offer an end-to-end service that will be sure not only meet, but exceed all expectations!